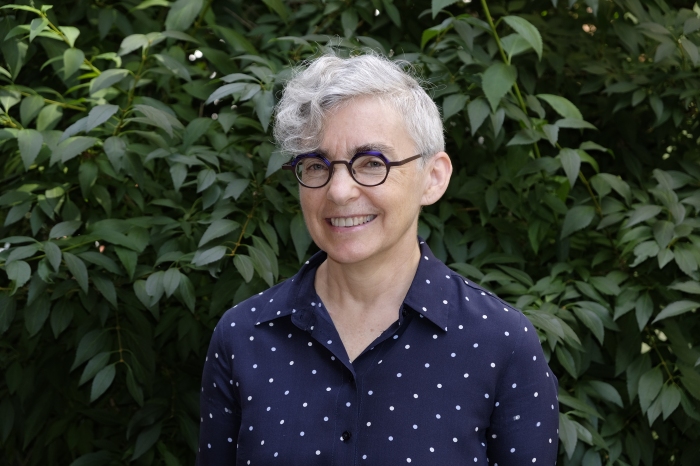 I am a writer, theatre artist, educator, and public historian.

I was born in Ottawa, where I attended Lisgar Collegiate, and now live in Toronto, Canada. I received my PhD in History from the University of Toronto in 2010. My dissertation, “‘Toronto Has No History!‘ Indigeneity, Settler Colonialism and Historical Memory in Canada’s Largest City,” was an attempt to challenge settler amnesia and dominant historical paradigms. Since 2012, I have taught Indigenous history at York University and a bilingual Canadian Studies course called Decolonizing Canada/Décoloniser le Canada, at Glendon College, York’s bilingual campus.

My first book, Distant Relations: How My Ancestors Colonized North America, was shortlisted for the 2000 Writers’ Trust Shaughnessy Cohen Prize for Political Writing.

My new book, A World Without Martha: A Memoir of Sisters, Disability, and Difference, is about my experience as a sibling of a child with Down Syndrome who was institutionalized, and was released by UBC Press on October 1, 2019. My late sister Martha was a resident at the Rideau Regional Centre at Smiths Falls, Ontario, from 1960 to 1973.

I am the co-creator, with L’Arche Toronto Sol Express and Cheryl Zinyk, of Birds Make Me Think About Freedom, a play about the experiences of people institutionalized for intellectual disability, which won a Patron’s Pick award at the 2018 Toronto Fringe Festival. It has since been performed at Flying to Freedom, a March 2019 event marking the 10th anniversary of the closing of Ontario institutions, and in London, Ontario, on October 22, 2019.

With Ange Loft of Jumblies Theatre, I also cowrote The Talking Treaties Spectacle,  a Jumblies Theatre community arts performance focused on Toronto area treaties and their contemporary significance, first performed at Fort York as part of the Indigenous Arts Festival in June 2017 and remounted October 4-7, 2018. A spin-off art and video installation, By These Presents: “Purchasing” Toronto, ran September 21 – December 1, 2019 as part of the first Toronto Biennial of Art, and is now being screened elsewhere.

I live with Mark Fawcett and am blessed with two children. I identify as queer and non-binary.

Friday, April 3, 2020
Speaker, Indigenous Circle on“What is the significance of memory in the building of relationships with this land?” Miller Lash House, University of Toronto Scarborough

Broadcast Date TBA:
Interview with Shelagh Rogers, host of CBC Radio’s The Next Chapter, about A World Without Martha.

September 21 – December 1, 2019
By These Presents: “Purchasing” Toronto , a Talking Treaties installation by Ange Loft, Martha Steigman, and Victoria Freeman at the Small Arms Inspection Building, Mississauga, for the Toronto Biennial of Art.

October 10, 2019
Reading and book launch for A World Without Martha: A Memoir of Sisters, Disability, and Difference, published by UBC Press. Glad Day Bookshop, 499 Church St., Toronto, 6 to 8pm