I’ve worked on a lot of different projects focused on educating Torontonians and Canadians about Indigenous issues and building alliances between Indigenous and non-Indigenous peoples to support Indigenous resurgence, decolonization, and reconciliation. Here are some of them — see also my talks and presentations on my Public Speaking page. 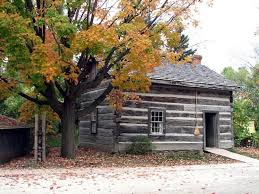 I am currently working with Alan Corbiere and Jennifer Bonnell, historians at York University; Marcel Fortin of the University of Toronto map library; Black Creek Pioneer Village (BCPV); Mississaugas of the Credit First Nation; Mississaugas of Scugog First Nation; Chippewas of Rama First Nation; Six Nations of Grand River; and Ange Loft of Jumblies Theatre on a multi-year research and museum installation project that will bring Indigenous history and perspectives to Black Creek Pioneer Village through artful permanent installations. The research phase of the Changing the Narrative Project is funded by the Social Sciences and Humanities Research Council (SSHRC). Ange and I previously co-led a workshop for BCPV staff on Toronto’s Indigenous and treaty history. In August 2018, BCPV hosted a weekend Talking Treaties installation that was viewed by approximately 800 visitors to the site. 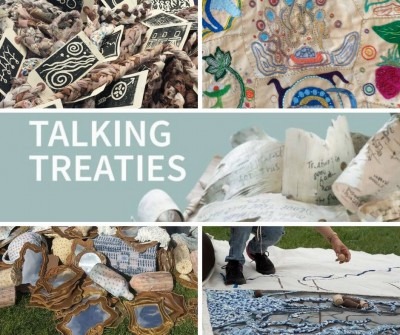 From 2016 to December 2017, I was a member of the First Nations Round Table for the development of the Credit Valley Trail , a heritage trail that will eventually follow this historic waterway from its mouth at Port Credit to its source near Orangeville and introduce visitors to its cultural and environmental history.

I was a member of First Story Toronto (formerly Toronto Native Community History Project), based at the Native Canadian Centre of Toronto, from 2009 to 2017. We created the First Story smart phone app that interactively maps the Indigenous history of Toronto (now accessible via Driftscape).

In June 2015, I was one of the coordinators of Talking Toronto Treaties, a collaboration between First Story Toronto, Jumblies Theatre, and George Brown College Aboriginal Student Services.  On June 26, we hosted a major event at the Waterfront Campus of George Brown College.

See the First Story blog for May 27, 2015 for photos and  my opening remarks.

See the program and photos at the Jumblies website for this event.

Another First Story Toronto project was Indigenous Women, Memory and Power in Toronto, 1960-1990,, which in 2013-14 brought young Indigenous women into sharing circles with elder community builders and activists from the Red Power days to “restore the oratorical continuum” and record this important Toronto history for posterity.

As Coordinating Director of the University of Toronto Initiative on Indigenous Governance, I worked in partnership with the National Centre for First Nations Governance to organize the Reconciliation in Ontario Symposium at the Native Canadian Centre of Toronto, Feb. 8-10, 2010. It brought together First Nations leaders, youth, government and business leaders, academics and students to explore strategies furthering decolonization and alliance-building in Ontario.

Turning Point: Native Peoples and Newcomers On-Line was a volunteer-run web site I founded in 2001 and coordinated with a group of Indigenous and non-Indigenous friends to facilitate dialogue and information sharing.

I was honoured to be a member of the steering committee for Beyond Survival: The Waking Dreamer Ends the Silence, an international gathering of Indigenous artists, writers, and performers, co-sponsored by the En’Owkin International School of Writing, the Native Arts Foundation, and the Museum of Civilization, held at the Museum of Civilization, Hull, Quebec, April 16-18, 1993.

The Baffin Island Writers’ Project promoted writing and publishing in Inuktitut or from an Inuit perspective, published Kivioq, an Inuit circumpolar literary magazine, and brought writers (especially Native and Inuit writers) into Baffin Island schools and communities from 1988-1991.