Speaker at book launch of Living in Indigenous Sovereignty, by Elizabeth Carlson-Manathara, published by Fernwood Books, May 20, 2021.

Contributor to podcast North York: The Suburb with Heart, by Sebastian Biasucci, March 2021.

‘”Shut up Kid!’ An Education in Institutional Disability,” for webinar  Doing the Right Thing: Disability, Autism and Special Education, Enoch Turner Schoolhouse Foundation virtual series on Opening the School to All, Jan. 12, 2021.

Missing persons – on the loss of a sibling to institutionalization,   with Victoria Freeman, Marilyn Dolmage and Vici Clarke, Good Things in Life Podcast Series 089, Nov. 18, 2020.

“Love and Accountability in the Face of the Tyranny of the Normal,” podcast interview about A World without Martha, Good Things in Life podcast series, with Genia Stephen, Nov. 11, 2020.

Presenter, “Alliance-building in the Academy and the Community,” a webinar organized by Dorothy Christian of Simon Fraser University, Nov. 10, 2020. 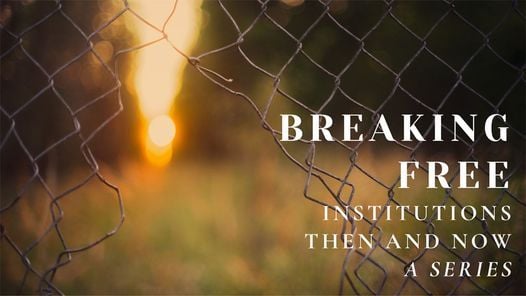 “`The Mother of Scarboro’: Indigenous history through settler stories,” Crossing Scarborough: Nation, Migration & Placemaking between the TRC and the 150, University of Toronto Scarborough, September 28, 2017.

“The Doctrine of Discovery as an Impediment to Reconciliation.”  Walter Gordon  Symposium on Public Policy, University of Toronto, March 22, 2016

“Good Cop, Bad Cop: Comparing US and Canadian Indigenous History,” Commentator on Roxanne Dunbar Ortiz’s “The Culture of Conquest and the Doctrine of Discovery: The US as a Colonial Settler-State,” York University, October 6, 2015

Panelist, “What Does Reconciliation Mean to You?” Massey College, University of Toronto, March 13, 2014.

Speaker,  Panel on “Revitalizing Reconciliation in Ontario,” an event co-sponsored by the Truth and Reconciliation Commission and the Lieutenant Governor of Ontario, Vice-Regal Chambers, Ontario Legislature, Sept. 28, 2011.

One of three featured speakers as part of two-week program for “Bakan Nake’ii Ngii-izhi-gakinoo’amaagoomin: We Were Taught Differently: The Indian Residential School Experience,” an exhibit on the history of local residential schools, Lake of the Woods Museum, Kenora. October 23, 2008.

Keynote speaker, “Colonialism and Decolonization,” Anglican Church, Meeting of Huron Diocese, at Chippewa of the Thames First Nation, at the invitation of the the Lenni-Lenape Algonkian Iroquoian Council of the Anglican Church, March 10, 2005.

Presenter in plenary session and workshop,  with Dorothy Christian (Okanagan-Secwepemc), on “Understanding the Other” at “Human Security through Conflict Resolution,” an international  conference sponsored by Initiatives of Change, Caux, Switzerland, August 11-17, 2003. An article about our reconciliation work was published in Fall 2003 issue of For a Change, the international magazine of Initiatives of Change, published in Britain.