Interviewed by Shelagh Rogers about A World Without Martha, CBC Radio The Next Chapter, broadcast date TBA 2020.

Shay Erlich, “Fringe Review: Birds Make Me Think About Freedom: Ensemble show about people who were institutionalized for having developmental disabilities an effective work in progress”,  NOW magazine , July 9, 2018. 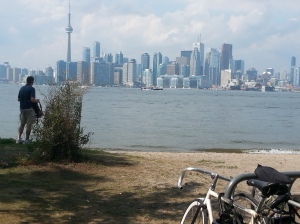 “What does it mean to be a Toronto treaty person?” See July 3, 2015 article in Rabble.ca, by Christina Turner.

Presenter, “Our Shared History,” Module Two, Skills for Solidarity, an online, introductory program that opens up a conversation about the shared history between Indigenous Peoples and non-Indigenous Peoples in Canada, and ways to renew the relationship between them. The program consists of five online panels that participants watch at their own pace, along with supplementary workbooks to deepen their learning.

Featured with John Borrows, Leanne Simpson, Isadore Day, and others in radio documentary, Reflection on Meanings of Reconciliation, produced by Jocelyn Formsma and Ana Collins, organizers for Niigaan: In Conversation,  CHUO-FM, Ottawa, 2013, and available on-line at the Resonating Reconciliation Project of the National Campus and Community Radio Association website.

Upon publication of Distant Relations, I was interviewed by Shelagh Rogers on the CBC’s flagship show This Morning, as well as on Buffalo Tracks, APTN; Canada AM , CTV;  Michael Coren Live, CTS Television,  Ontario Today, CBC Radio; and numerous local radio stations in Winnipeg and Ottawa.

Distant Relations was the subject of All My Relations, a 9-minute documentary produced by Dorothy Christian for Skylight , Vision TV, aired October 7, 1999.

I was also interviewed in Walking the Talk, a Gemini award-winning 8-minute documentary on Native/ non-Native relations, aired on Skylight, Vision TV, October 8, 1999.

Friday, April 3, 2020
Speaker, Indigenous Circle on“What is the significance of memory in the building of relationships with this land?” Miller Lash House, University of Toronto Scarborough

September 21 – December 1, 2019
By These Presents: “Purchasing” Toronto , a Talking Treaties installation by Ange Loft, Martha Steigman, and Victoria Freeman at the Small Arms Inspection Building, Mississauga, for the Toronto Biennial of Art.

October 10, 2019
Reading and book launch for A World Without Martha: A Memoir of Sisters, Disability, and Difference, published by UBC Press. Glad Day Bookshop, 499 Church St., Toronto, 6 to 8pm